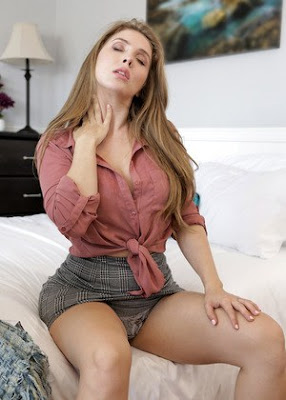 Brian had not found being a woman any more exciting or pleasurable then being a man, after a while having boobs and a vagina becomes the norm he was struggling more with the periods he now had to go through in this body not forgetting putting on a bra. As he sat on his bed he could feel the stress of what he thought would be a relaxing new life, his job was okay to start with as Jennifer but his new boss is always looking at him strangely and constantly flirting with him, he had to accept that being in a body like this meant men would flirt with him but the entire situation for Brain was getting to much plus after almost 6 months as Jennifer her body was crying out for some sexual relief even the dildo Brian purchased was not helping, his body needed sex, Brian continued to rub his neck knowing that he would have to accept reality and fulfil his bodies urges but for now he had to go to bed a prepare for another day as Jennifer.