Should Have Read the Contract 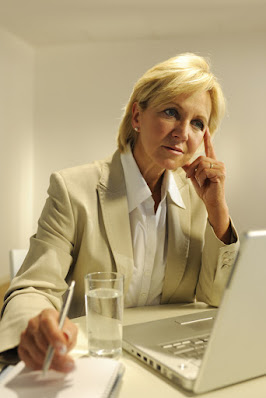 24 year old Heidi sat at her desk, staring at the computer. She hated her data entry job what she hated more was she was having to do it from within the body of her boss, 54 Year old Carol.
When Heidi started the job she had signed a contract which she did not read, it stated that all boss’s could use there employees bodies at any time thanks to a new body swapping machine which was available to the public, this part of the contract was something that Heidi did not read so 4 days into her new job Carol her boss called her to her office where she told Heidi she need to swap bodies.
6 weeks later Heidi was still stuck in Carols body and she was not showing any sign of swapping back. Very angry Heidi decided to confront Carol in her office barging into the office Heidi was shocked to see Carol in her body doing no work feet up on the desk listening to music.
"Can I help you Heidi?" Carol asked with a sneer on her beautiful stolen face.
"It's been six weeks! I want my body back!" Heidi demanded.

Carol laughed wickedly "Out of all of my employees bodies, I like yours the best. You won't be getting this body back anytime soon...unless you resign. But I don't see that happening, good luck finding a data entry job that pays this well in this backwater town. I know you've got a mortgage, so the way I see it, you're stuck in this job... and you're stuck in my body."

Heidi went pale, she knew Carol was right and there was nothing she could do. She was about to walk out of the office in defeat when Carol kicked her high heels off and put her feet up on the desk.

"Where do you think you're going? You're not leaving until you've massaged MY feet slave!" Carol demanded while laughing wickedly.

This was so humiliating, but Heidi was stuck for the foreseeable future. It would be many, many years before Carol gave her body back... and she did not take good care of it. 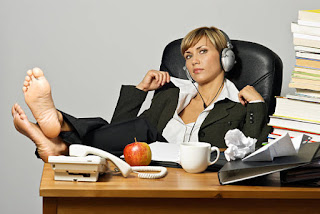