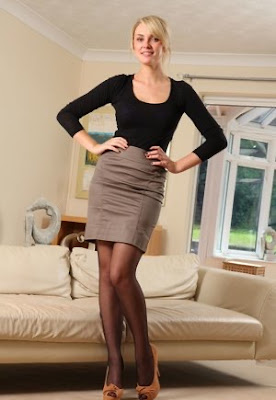 Maria was sick off her lay about husband Darren she wanted  him to get back to work but he told her it had been so long since he last worked that he had forgotten what going to work felt like Maria thought of a idea to solve this problem, she used a website called ‘24hourswap.net’ to switch there bodies so Darren would have to go to her job in her body.

Maria left him clothes to wear and also a make up tutorial and told him to be ready for 8am, Maria watched as her body walked into front room “What do you think, Babe” said Darren

“Wow I look kind of sexy, I forget what a body I have” Said Maria

“You do babe your boobs are amazing” Darren gave Maria’s boobs a cheeky squeeze and both of the, laughed.

Darren found the day hard, but he got through it and he and Maria still had a couple of hours in each other’s body, and decided to spend sometime having some fun.