Reality Of A Body Swap 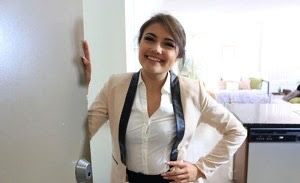 Danny flung open the door to greet the possible new owners of this flat which he was selling on behalf of the owners he had finally found a job, it had taken 12 years for him to finally to get to grips with his new life, when he was 13 he and his mums best friend Daughter Clair swapped bodies while on a annual trip that both families had attended that year.

For Danny becoming a 13 year old girl was horrible, he was not going to lie he liked girls but being a girl was not what he wanted he found this swap tuff his life completely changed a new family, new body parts a complete change to what he thought his life was going to be.

Danny found it tuff as well knowing what had happen to Clair, it was all to much for her she fell into a pit of depression being a guy it was to much for her to handle, there was not even a moment where Clair looked like she could accept her new reality, this was not like the films for Clair.

Danny adjustment did not happen over night and he was very close to breaking, he struggled more and more with his new life as the years went by, it was not just his new female body but also how people treated him now he was a girl, he was now living with a new family who he knew little about plus it turned out that Claire parents where not as nice and kind in private as they were while out and about.