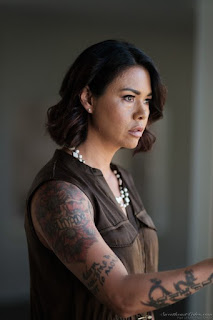 Kevin looked out of the window as still behind him Caitlin was crying in his body, Kevin was so annoyed he had for ages been trying to track down Caitlin and Monica in his body and finally he had found them, but as soon as he had found them and convinced Caitlin that Monica had stolen his body Monica steals Caitlin’s body and left.

Kevin kept looking out the window to see if Monica would return but why would she everything she had done had been to keep Caitlin away from his by stealing Caitlin’s body she could make sure Caitlin never ends up with him.

“I was so stupid” said Caitlin from Kevin’s body.

“How did I not realise that Monica was in your body” said Caitlin.

“Don’t be silly how would you of known, I’ve been looking for you for so long and despite you not being in your body at least I have found you, we need a plan.” Said Kevin as he sat down in Monica’s body.

“How is it being in Monica’s body ?” Said Caitlin.

“It’s okay I guess I’ve had to do things in this body in order to help find you, I will admit that the pleasure I have felt doing those things had been good but being a woman forever would just be to much” he said while looking at Caitlin.

“I understand, I can’t believe Monica would do this she was always so kind to me” Said Caitlin.

“Do you have any idea how she keeps switching bodies ?” Said Kevin.

Kevin held Caitlin in his body as she suffered a panic attack, as she calmed down she looked up and Kevin in Monica’s body and kissed him.

“What you doing ?” Said Kevin

“Sorry I just love you so much no matter who’s body your in” Said Caitlin.

Caitlin sat up and kissed her Stepmothers body as she did, Something popped into her mind….

“I think know how she been swapping bodies, all this time she wearing a strange necklace around her neck I asked about why you were wearing this was when I thought ‘Kevin’ was you and not Monica but she would not tell me” said Caitlin.

“Your still wearing it” said Kevin.