What Are You Wearing ? 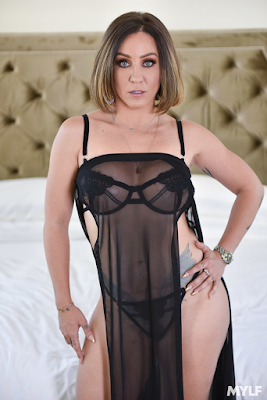 Niki and Lance had known each other for years as there families were friends as Lance grow up he became aware that Niki and her Husband were not in a great place, one night he found her crying a comforted her one thing led to another and that one night of passion started and 8 month affair between the 2.
Until one night when they were having sex a strange feeling coursed through there bodies causing them to switch bodies, Lance was so shocked one minute he was thrusting into Niki next thing he was looking up at his own body and he could feel a cock, his cock inside him. Niki in panic pulled out of her body and looked down at a penis for the next 10 minutes the couple screamed and panicked as they try to come to terms with what had just happened.
“What is happening ? Why am I you ???” Said Niki as she grabbed Lance’s still erect cock with her large man hands.
“I have No idea…..this is mental… i felt my own dick inside your pussy….” Said Lance.
“We need to think about this…we were having sex and we switched bodies maybe if…..” Niki was talking in her new deeper voice when Lance cut across her.
“No way, you want to have sex again no chance……” Lance looked down and saw his the two large boobs hanging from his chest.
“I mean don’t get me wrong Niki I love your body but I don’t want to be you and I don’t really want to have sex.” Said Lance looking at Niki.
“I understand Lance, I love you and your body but we need to try to swap back”
The sun was starting to rise outside when jumping up Lance remembered that he had to be at work in 20 minutes, Niki was not happy about it but agreed to go to work as Lance and then return later and try to swap back
Niki had just done 8 long hours working behind the counter at the local takeaway, she was looking forward to returning home and hopefully swapping back into her own body but as she approached the door she revived a text from Lance.
“Stay away, your husbands home early will try and act like you and speak tomorrow”
Lance had not predicted Niki’s husband returning early and had decided to dress up as a joke in Niki’s very sexy underwear, but he now was not sure what to say when Niki’s husband walked in and saw in his eyes his wife dressed in some sexy lingerie.
“What are you wearing ?” Said Simon Niki’s husband.
Lance did not know what to say but his eyes opened wide when he saw Simon starting to get undressed what the fuck is Lance going to do now.
Posted by Swapperdudetg at 21:51