We Can’t Tell Anyone 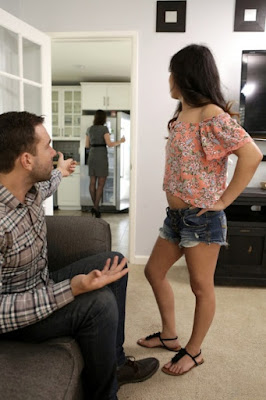 “No Lucy we can’t tell anyone about what has happened to us, not even mum” said Paul as stood there in his sisters.

“She will believe us she’s our mother….” Said Lucy pointing at there mother in the kitchen.

“No she won’t she will think we are both insane, we can’t tell anyone” said Paul.

“I don’t want to be stuck in this body though, I want my body back” said Lucy starting to cry.

“Do you think I really want to be stuck in my sisters body, but we need to figure this out on our own” said Paul.

Lucy and Paul had no idea what had caused them to swap bodies 3 days ago all Lucy really wanted to tell there parents to see if they could help but Paul was against the idea thinking there parents would just think they are mad.

Lucy was struggling with life as Paul and hated the idea of her brother being in her body but Paul was not happy about being Lucy he had not showered in 3 days in order to avoid seeing his own sisters body naked and had to get Lucy’s help with what to wear.

Weeks and months went by yet still Paul and Lucy were still stuck in each other’s body in that time Paul had bite the bullet and see his sister body naked and shower so had Lucy in Paul’s body, they were still both desperate to swap back but the siblings were coming to the realisations that they maybe stuck as each other forever.